The 32nd TFS came to the Netherlands (Soesterberg AB) in the early 50’s.

Soesterberg AB was under Royal Netherlands Air Force control, therefore the 32nd TFS was the only American Squadron that was under the command of a foreign nation. The role of the 32nd TFS was to guard the West-European air space which stretched right up to the Iron Curtain.

The 32nd won many awards while stationed at Soesterberg AB. They had the the honor of being the only squadron in the USAF that won the prestige Hughes Trophy during two consecutive years, in 1979 and 1980. In 1984 the 32nd participated in the William Tell competition at Tyndall AFB, at this competition the Wolfhounds won the F-15 Top Gun trophy.

The Wolfhounds operated the A & B models till 1983 when the 32nd received the new C & D models. Officially, a total of 24 fighters were on strength, including a few two-seater F-15Ds, but at their peak strength, they had an extra 6 aircraft.

On the 4th of July 1989, the Wolfhounds were gathered at the base for the celebration of the  Independence Day. Suddenly the call came that the 32nd’s alert fighters were to be scrambled (Alpha Scramble) and intercept a MiG-23 that had crossed the West-German border and was headed toward the Netherlands.

The F-15s were able to intercept the MiG just before it crossed the Dutch Border. They discovered that there was no pilot aboard, and that the ejection seat was missing. Apparently the pilot had discovered a problem with the jet over Eastern-Germany and decided to bail out leaving the airplane flying on it’s course. They escorted the MiG as it flew over the southern part of the Netherlands and started to loose altitude as it ran out of fuel crashing somewhere in Belgium

On August 1st 1990, Iraq invaded Kuwait. As a result Saudi Arabia wanted to boost its air defense capability fast. An agreement was made with the USAF to deliver 24 F-15s. These had to be retrieved from active units. One of them was the 32nd TFS.

deployed to Incirlik AB to participate in the Air Campaign. During this deployment the 32nd TFS scored their first aerial victory. On the 29th of January Capt. Donald Watrous shot down a Mirage F1.

After the Gulf War, the 32nd TFS returned to the Netherlands. They transitioned to the F-15A MSIP(Multi Stage Improvement Program) models. These airframes were much older than the C models they flew, but had been upgraded with better radar and avionics, and were of the same standard as late production C-models. Some of these new “old” aircraft had been stationed at Soesterberg before, as brand new F-15As back in 1979.In 1993 it was decided that a number of bases in Europe needed to be closed, as a result of defense cutbacks. In addition, several units would be deactivated, and their planes sent back to the US. Unfortunately, the 32nd FS was one of these. During the fall of 1993, all the F-15’s from the 32nd transitioned to the 101 FS, stationed at Otis AFB Massachusetts.

On the 13th of January 1994, the last three F-15 Eagles left took off from Soesterberg for the last time and headed out to Otis AFB. They were escorted by a couple of F-16s of the Dutch Air Force, and a fly-by was conducted in honor of this great unit, that helped defend the Netherlands for 40 years! 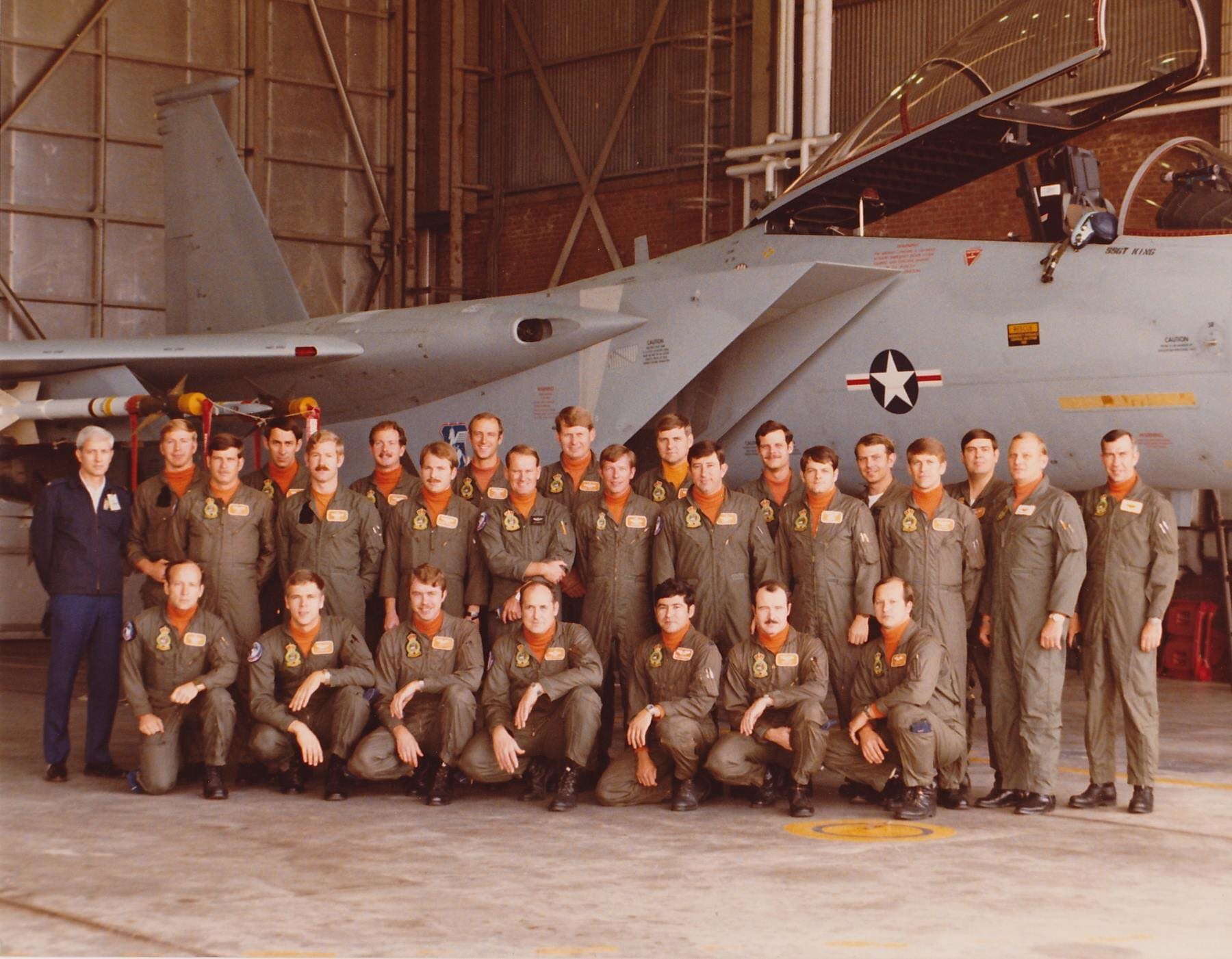 Some personal photos donated by Anne Sevinga from the Dutch/American Friendship Alliance. 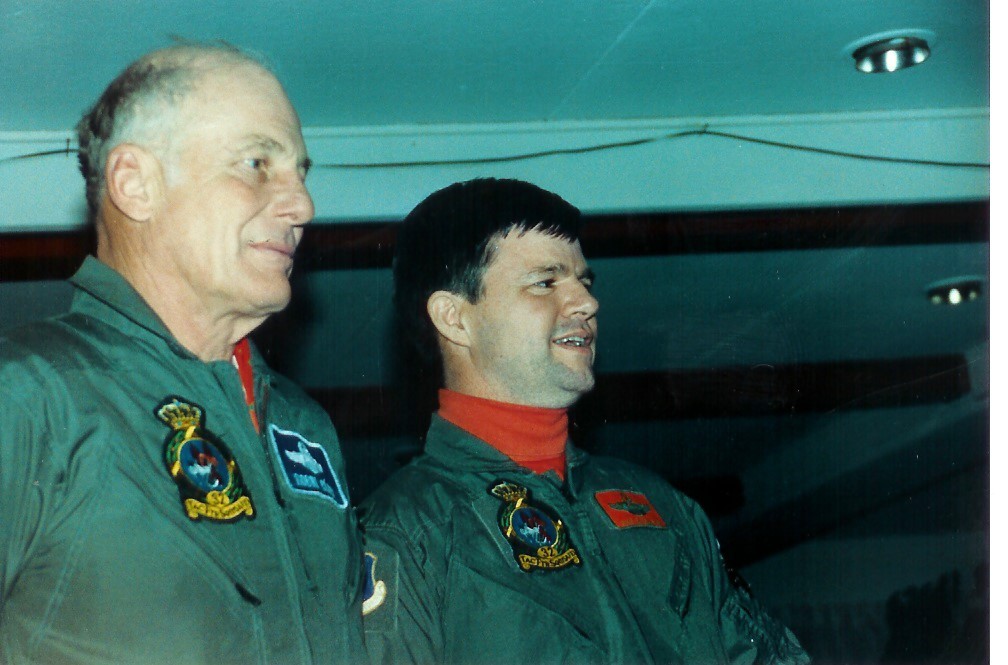 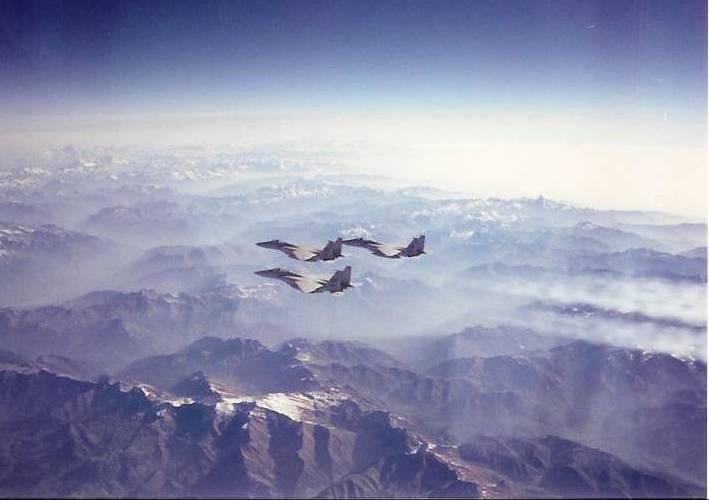 (I am still looking for the photographer to give credit, and I hope he doesn’t mind Eagle Country promoting these outstanding photos on here)