The 67th Fighter Squadron is located at Kadena AB, Japan.

performed air defense alert duties in the Republic of Korea and Northern Japan. Members of the squadron were part of the Pacific Air Forces William Tell ’82 team which won the prestigious air-to-air gunnery competition after a record-setting 14.8 hour deployment from Kadena Air Base to Eglin Air Force Base, Florida. In 1983, the 67th Tactical Fighter Squadron was awarded the coveted Hughes Trophy for excellence in air superiority. This marked the third consecutive win for the 18th Tactical Fighter Wing, a first in Air Force history. The 67th Tactical Fighter Squadron repeated as the Hughes Trophy winner in 1986 and 1989-the third win in the 1980’s thus garnering the title “Fighter Squadron of the Decade.” The 67th has continued that tradition into the 1990’s by taking 18th Wing Fighter Squadron of the Year honors in 1994, 1996, and 1998. Three more in the 21st century and counting.. 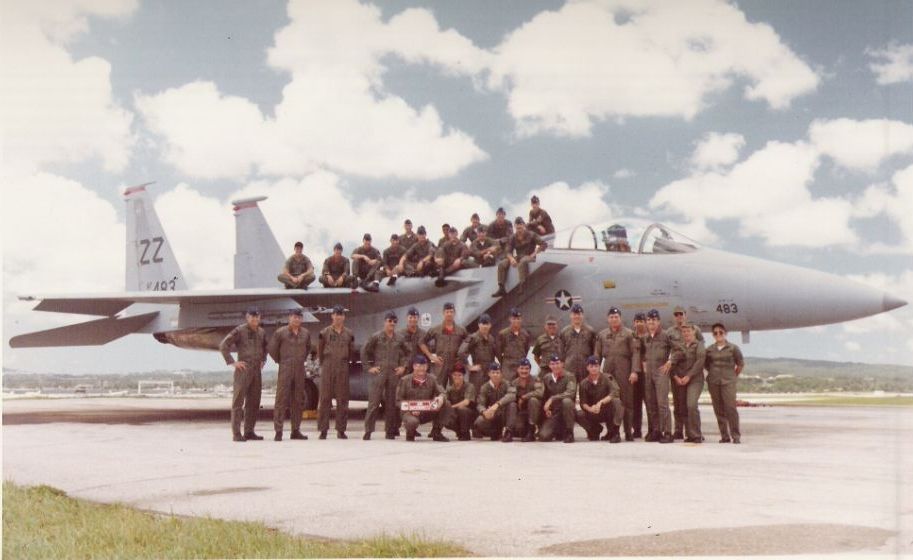 On 1 Oct 91 the “Fighting Cocks” returned to their earlier designation as the 67th Fighter Squadron. The squadron has been a major contributor in the United States’ ability to achieve national military objectives in the Pacific. The “Fighting Cocks” regularly participate in bilateral and multilateral operations across the Pacific, which have significantly strengthened ties to regional allies. The 67th Fighter Squadron has helped keep the peace throughout the world with deployments to Japan, Australia, Alaska, Singapore, Thailand, and the Kingdom of Saudi Arabia. From October 1996 through January 1997, the 67th deployed to Al Kharj, Saudi Arabia in support of Joint Task Force-Southwest Asia. During this operation SOUTHERN WATCH deployment, the squadron flew over 1100 sorties and 3700 hours while enforcing United Nations resolutions and sanctions against Iraq. Most recently, the squadron returned from Incirlik AB, Turkey where it flew more than 140 sorties and 900 hours in support of Operation NORTHERN WATCH, again enforcing United Nations resolutions and sanctions against Iraq. 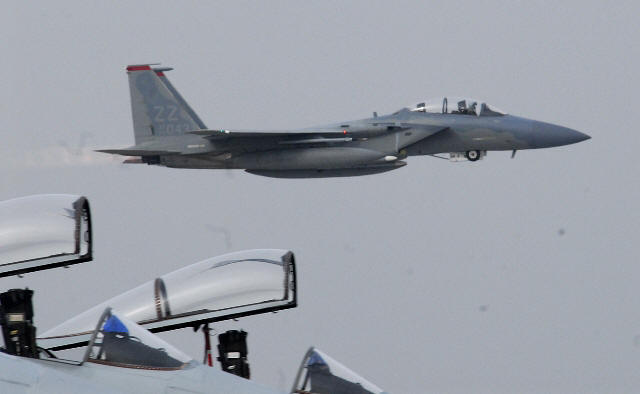 2020 marked the 60th anniversary of the Alliance between the United States and Japan, the 67th Fighter Squadron flew an F-15C Eagle with a custom heritage paint job to commemorate this milestone. The paint scheme was designed to pay homage to the F-100 that the 67th FS flew over 60 years ago, but adjusted to fit the F-15’s structure.