The 54th Tactical Fighter Squadron was stationed at Elmendorf AFB, and activated on May 8th 1987, assigned to the 21st Tactical Fighter Wing. Initially flying the F-15A/B the 54 TFS converted to the newer C/D models in 1988.  Early 1990 the 21st TFW was replaced by the 3rd Wing and the 54th TFS transitioned to the 3th Wing. On September 26, 1991 the 54 TFS transitioned to the 54th Fighter Squadron.

The squadron participated in Operation Provide Comfort from April through June of 1995 while stationed at Incirlik AB, Turkey. On April 21st 1999 the 54th Fighter Squadron deployed six F-15s to RAF Lakenheath, U.K. The pilots and ground personal deployed to Cervia AB in Italy. They were assigned to the 493 Expeditionary Fighter Squadron to help in the war effort while the six aircraft were being used at RAF Lakenheath to keep the 493 FS crew current. On April 28, 2000  the 54th FS was deactivated and the F-15C/D’s of the 54th were stationed at the newly formed 12th Fighter Squadron “Dirty Dozen” at Elmendorf AFB. 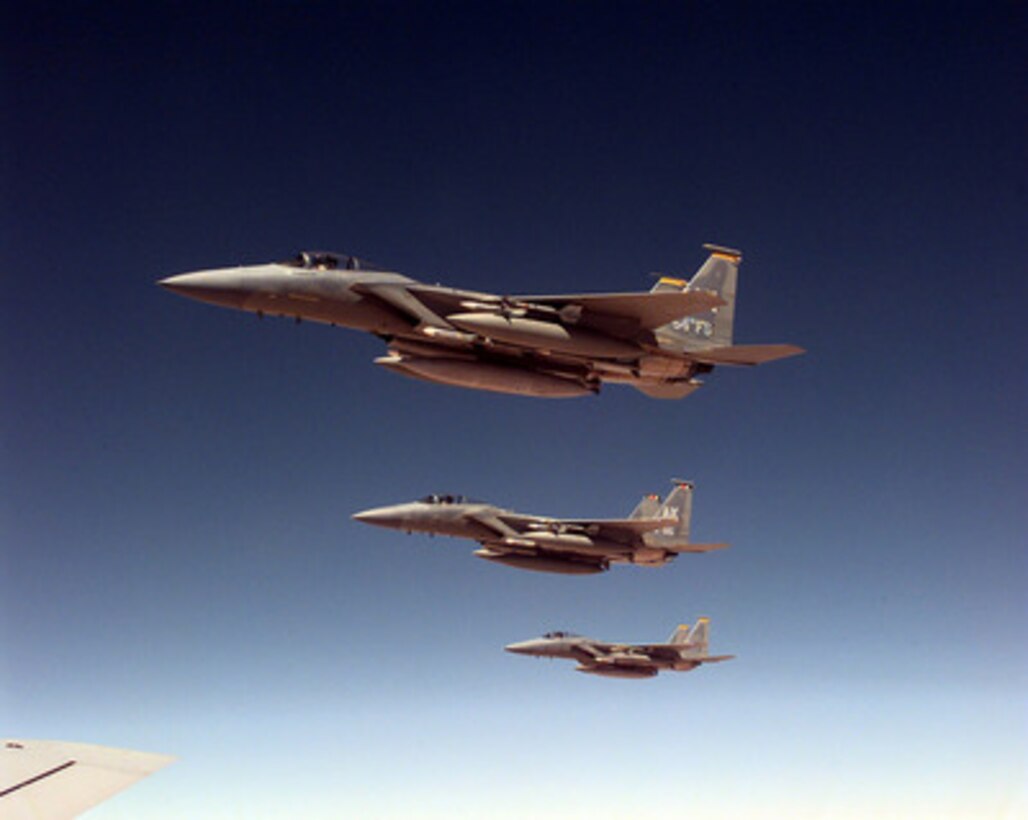