Originally formed in 1969, the 65th Aggressor Squadron began flying the F-5E Tiger II in 1975. They provided aggressor training to US Air Force fighter crews participating in Red Flag and other exercises at the extensive Nellis Air Force Range. The 65th flew its last aggressor mission on April 7, 1989, before being deactivated. Newly re-activated in late 2005, the 65th received their first F-15, painted in desert camouflage. Currently, nine F-15s are being transferred to the 65th, with a planned total of 24, it came up to a strength of around 18 jets and sadly was deactivated many years to soon on the 26th of September 2014. 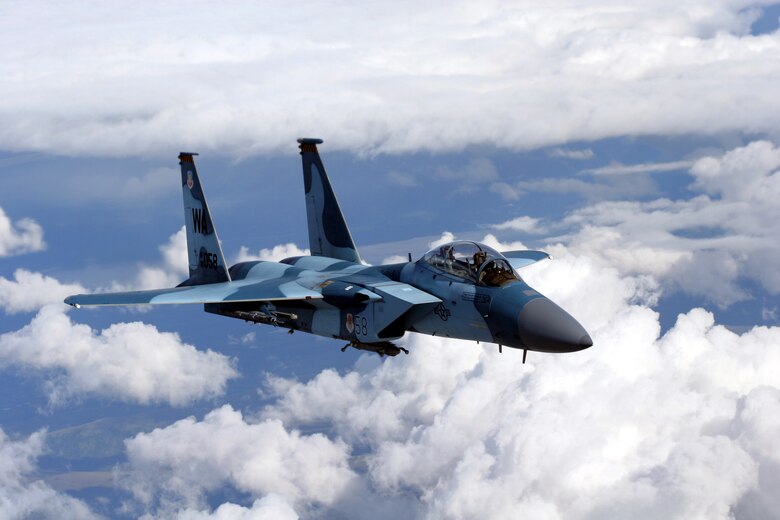 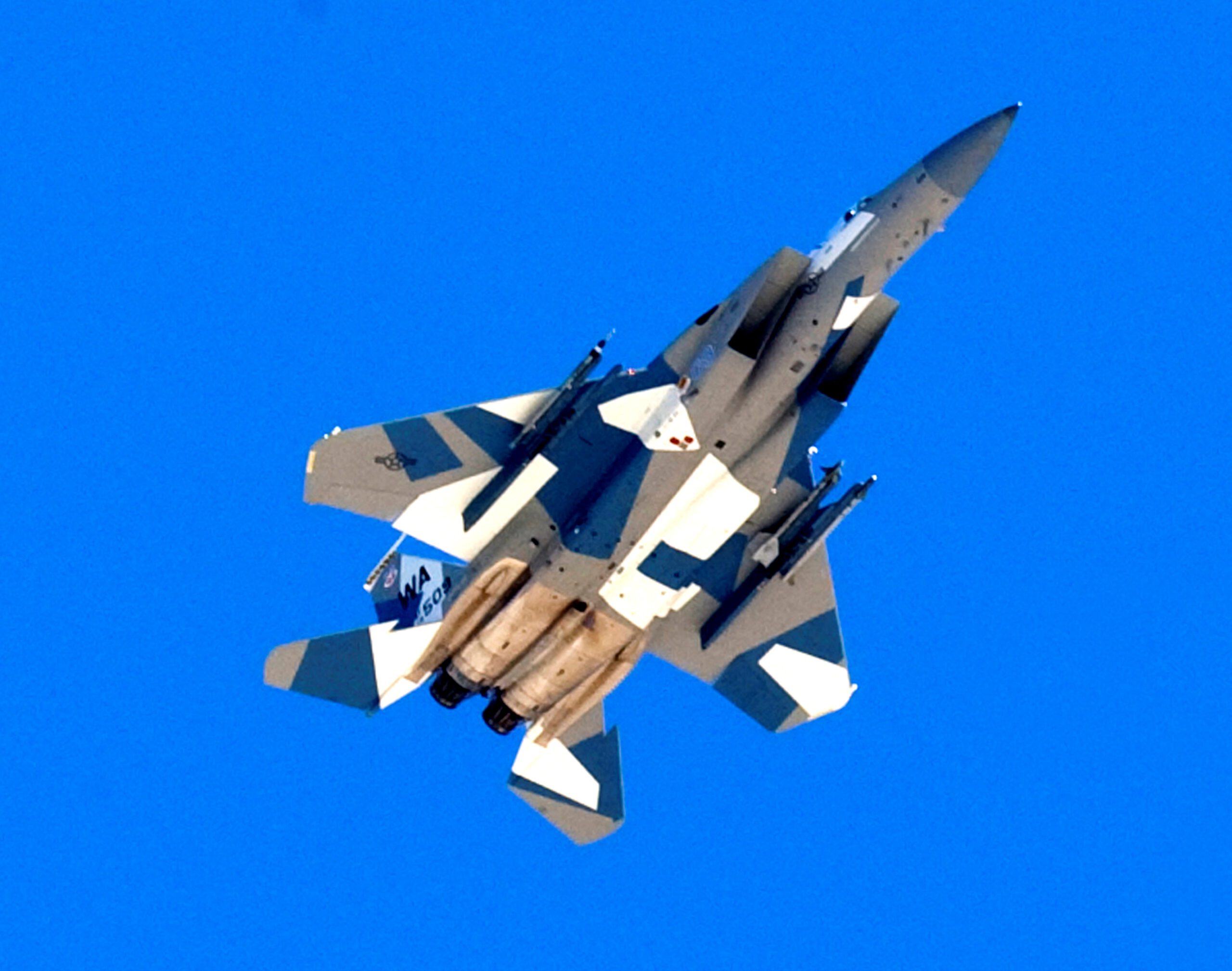 Since being reactivated Sept. 15, 2005, the 65th AGRS helped provide air combat training for military members from the different branches as well as foreign allies.

The aggressor program originally came into existence in the fall of 1972 with the creation of the 64th Aggressor Squadron. It was created because of the high air combat loss rate during the Vietnam War. After the creation of the squadron, instead of pilots training against each other with similar tactics and aircraft, the aggressor squadron’s role was to fly aircraft and employ tactics similar to those used by U.S. adversaries for U.S. pilots to train against. This in turn would better prepare U.S. and allied aircrews for future conflicts.

During exercises such as Red Flag, the 65th AGRS acted in an agressor role by replicating the tactics and techniques of potential adversaries.

Wintill stated, the 65th AGRS not only trained Airmen but also assisted with the test of different aircraft, including the F-22 Raptor, F-35 Lightning II, F-15 Eagle, F-16 Fighting Falcon, and the F/A-18 Hornet by acting as an adversary force for those aircraft to train and test their weapons systems against.

“It’s been a great asset for the U.S. Air Force Warfare Center to be able to have the F-15 Eagles here as an aggressor squadron for almost a decade now,” Wintill said.

The mission and responsibilities held by the 65th AGRS will be solely filled by the 64th AGRS, which along with the 65th AGRS, falls under the 57th Adversary Tactics Group.

“The 57th ATG as a whole works together as a team,” said Capt. Jeremy Allen, the 65th AGRS chief of safety. “They will still have the 64th AGRS to continue the flying portion of the aggressor mission.”

With the 65th AGRS inactivating, their assigned F-15s will be leaving the aggressor role and reassigned to various Air National Guard bases. The 64th AGRS will continue their aggressor mission with the F-16 Fighting Falcon.

“The F-15 brings strengths that will be missed, but the F-16 has been flying the aggressor role for a long time now and it will continue to do that to meet the Air Force’s needs,” Allen said.

The pilots who are assigned to the 65th AGRS will continue their mission as aggressors, with a limited number of F-15 aircraft, under the 64th AGRS until March 2015. From there, they may continue to fly or take another path depending on what the Air Force requires of them.

Despite the fact that the 65th AGRS will no longer be a part of Nellis AFB or be present to train the thousands of Airmen that come through for training, the 64th AGS will be more than ready to fill the void and shoulder the responsibility.

“Fiscal times are tough for the country as a whole, and when you find yourself in that situation you have to make sacrifices and you have to look closely at priorities and make tough decisions,” Allen said.